As the new season approaches, our athletes are training hard in order to get one step closer to the world’s bests orienteerers. One new experience was made by Sebastian Inderst, who decided to head to Iten for the whole month of February, where he had the chance to train with the legendary Kenyans. Here are some words by our athlete about his exciting experience:

I’ve had this idea in the back of my mind for a long time now: seeing how the world’s best runners train and learn from them! So this year I decided to spend the end of my basic winter training differently than I’m used to, going to Iten, Kenya! It’s a small town at 2400m, well known amongst runners for its perfect training conditions: endless hilly dirt roads, clean air, and simple lifestyle. Arriving there I was amazed, there were almost more runners on the roads than “normal” people!! I was staying in a little apartment, and in the first days it was all about getting used to the altitude. Sometimes I was joining a random group: if you go out early in the morning you’re very likely to find several groups gathering for a run, and most of them are very open, so you can simply ask what their plan is, and if it fits you, join them. Well, usually it worked well until some steep and long uphill, where I more than once was grasping for air and couldn’t keep up with the group I joined (thank you “return to home” function in my GPS watch!!). 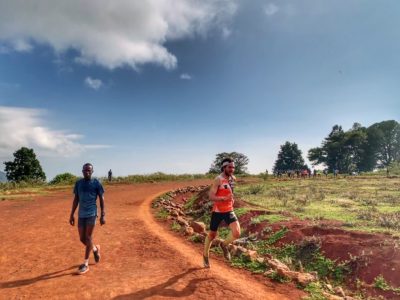 After a few days I decided it was time to become part of a group, such that I could consistently follow their plan without training just “randomly”. A new friend I met there was able to put me in contact with Coach Ruto, and the next day at 6am I was joining his group for the planned hillwork! The group was very welcoming, and I was the only Mzungu (the name they give to foreigners) among about 100 local runners of mixed age and sex. At the start of the workout the coach divided the group in 4 smaller groups based on the speed, so that the small path on that hill wouldn’t get overcrowded. After some warmup and exercises we started, 70’ up and down the hill! I was struggling keeping up the pace with the first ladies-group, but in the end very happy I made it! 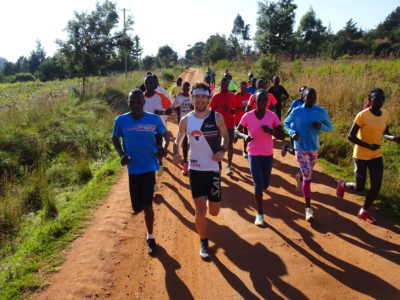 For a few days I was training consistently with my group, but unfortunately one evening I began to feel very sick. After a night with high fever and vomit I directly visited the local hospital. That was also quite an experience, and after many hours spent there I was diagnosed with malaria! It usually is not an issue in Iten, but because of the recent heavy rain mosquitos reached even that altitude, and they were experiencing a malaria outbreak. With the medications I got (for free!) I quickly started feeling better, and after 4 days I was already able to restart running carefully.

After this short break I was happy to rejoin the group, and training after training I was feeling more confident! As my new friends finally gave me a local name, Kiplagat, I had no more excuses and was pushing hard in order to being able to keep up with the boys-group! It was very motivating to see how I was able to climb forwards in the group during the 3 weeks I was training with them!! Was it only the fact that I got used to the altitude, or did I actually get better? …we’ll see… 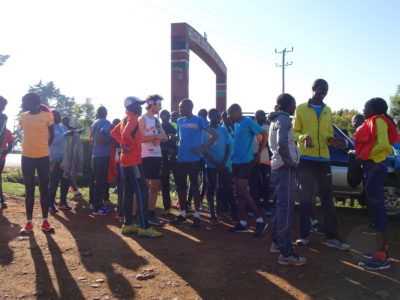 So, what are the secrets of the Kenyans that makes them so fast? Well, there are no secrets, it’s a looooot of hard work!! But still there are some other key factors that I noticed and would like to point out:

To end the story here is the example of one training week with my group. Usually before starting with the training we did 15’ of warm up exercises and stretching. 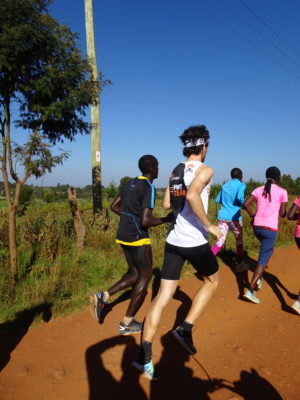