130 athletes representing over 21 countries have competed between the rocky dunes of South Sinai Desert and the tricky alleys of Domina Coral Bay Resort.

The week’s races were also valid as the 1st edition of the African Orienteering Championships. Several worlds nations were represented, Sweden, Russia, Finland, Norway, Italy, Bulgaria, Camerun, Egypt, Algeria, Mali, Kenya…and more!!
The event was organized in cooperation with the Egyptian Orienteering Federation, the Ministry of Sport and the Italian counselor in Sharm El Sheikh Fabio Brucini. A big thanks goes to Domina Coral Bay, who has actively supported and followed the event from its  very beginning. 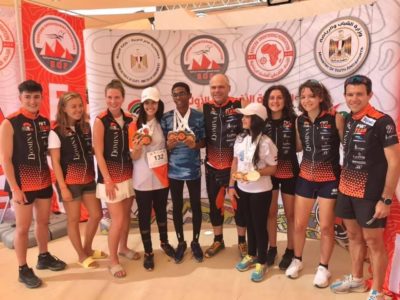 Big satisfaction for the PWT Italia Team Manager and organizing committee president Gabriele Viale “Organizing such a prestigious event in Egypt has been a great challenge, being the first ever African Championship. I thanks all the runners, organizers, crew, supporters, helpers, authorities and in particular Domina Coral Bay for the support in making this week’s races a great success!”   2021 also represents the 20th anniversary of PWT Italia and this event can really be considers the cherry on the cake of years and years of constant commitment.