In 1996 at Vasa, Finland, a group of orienteering passionates, guided by the legendary World Champion Jörgen Mårtensson, created the association Park World Tour/Olympic project, with the aim of promoting and spreading orienteering in new countries and new geographical areas, creating a spectacular race format, original, enjoyable by public and mass media, with the goal of bringing Orienteering to be one of the Olympic Games sports. Therefore the sprint formula was born, using city parks and historical centres as ground fields.

In 2001 the committee PWT Italia is officially founded consequently, the historical PWT stages of Matera and Alberobello on 26-27th October 2002 were organised. After the new sport legislation in 2007, PWT Italy is constituted as sport association.

Park World Tour Italy is a sport association founded in 2007 with the aim of promoting the diffusion, coordination and practice, also at a educational level, of the sports, especially addressing to Orienteering, Trail Running Mountain Bike, Horse Riding and outdoor sports. Park World Tour ITALY is officially registered in the Italian Olympic Committee register. 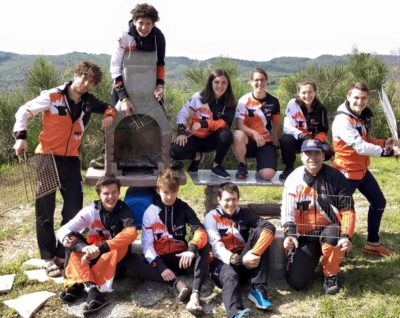