This week we had the opportunity to chat about MOC with the strong Norwegian orienteer Øystein Kvaal Østerbø who shared some memories and expectations. He is one of the most experienced o-sprint runners, competing on numerous countries all over the World and with countless podiums. Among the numerous medals we all still remember the bronze conquered last year in Switzerland with the Norwegian team in the sprint relay.

Hello Øystein, we are really happy to see you among the top runners at MOC Championship 2019. Only few orienteers might know that, but you were at the starting line of the first MOC Championship too, what brings you back each year to MOC?

I participated in the first edition of MOC in 2005, and have come back most years later because it offers a great combination of races, trainings and social activities on exciting places. The historical cities in Italy are great for sprint orienteering, and very different from what we have in Scandinavia. In the end of the winter it’s sunny and warm weather South of Europe (when it’s still snow home), and MOC is a great way to start to get in competition mode (with the combination of both trainings and races). I also appreciate that MOC was early with testing the Knock out Sprint, and since I’m a person who like to explore different place it’s great that MOC almost every year is held on a new place.

Do you still remember the atmosphere of the first MOC?

Yes, I remember well the first edition of MOC held in 2005 in Puglia. For the Championship two sprint races on “the heel of Italy” were counting. I won the first race in Otranto, that was also counting in the Park World Tour. The second Sprint in Brindisi was won by David Brickhill-Jones, and he also beat me with few seconds overall in MOC. That’s still the closest I have been to win the MOC Championship, even if I have been top 3 several times later. 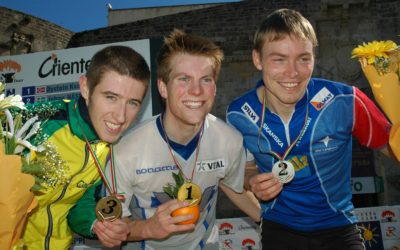 Which MOC Championship edition or stage do you remember as the most iconic to you?

MOC on Sicily in 2011 is the edition I remember most, with a great tour around the island, and the sprint in Gibellina as one of the highlights. 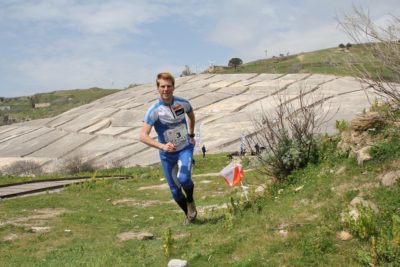 MOC Championship 2019 will be held in Malta, have you ever been there before and what do you expect to find there in term of orienteering terrains and courses?

I have never been on Malta before, so I’m looking forward to come to a new country and run orienteering. The old cities looks great for sprint orienteering. I will stay on Malta for 5 days, so will have time to see some more of the island and do some easy runs on different parts. The landscape looks spectacular from the pictures I have seen.

Last question, why should and orienteer take part at MOC?

It’s always a great atmosphere on MOC, and you can combine tricky orienteering in different cool areas with seeing new places with great nature. The food and weather is also normally excellent!

Thank you very much for sharing your best memories with us, see you soon at MOC in Malta.

Check your info and report us any change/update!

Haven’t registered yet? Fill in this form: https://www.orienteering.it/en/iscrizioni/?evid=1161