A positive weekend for Park World Tour Italia at the &quot; Two Days of Valtellina
organized by the Polisportiva Besanese which kicked off the second part of the 2022 season.
The program saw the 5th round of the Italian Sprint Cup on Saturday and the Italian Long
Championship on Sunday – also valid as round of the forest Italia Cup.

Summer is about to end and, like every year, September sees the return of Italian
orienteering to national competitions. Already in the last weeks of August, many athletes of
the Park World Tour Italia team had the opportunity to re-experience the competitive spirit,
in Italy and abroad.

Saturday 10 September 2022 was time of the 5th round of the Italian Sprint Cup,
organized in the town of Trivigno, Lombardy. The still summer weather and an interesting
competition terrain provided the backdrop for an excellent team result, with three overall
victories and a second place.

The result of the day is the double in Elite with the victories of Riccardo Scalet and
Annarita Scalzotto. Both athletes were able to express themselves with confidence and
speed with important margins on the opponents. 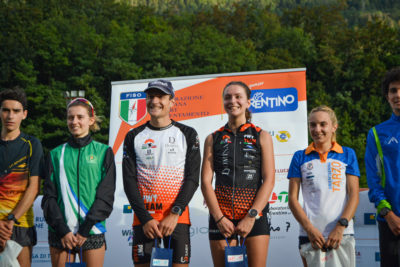 Riccardo after his race says: I was able to find regularity despite some technical
inaccuracies due to the fact that at the moment I am projected towards the forest
distances, with the focus on the imminent World Cup Final in Switzerland. 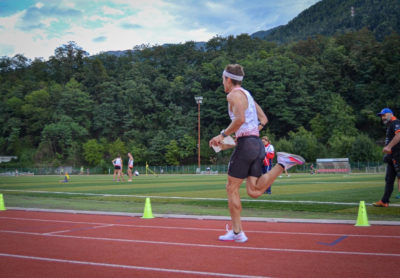 Annarita said: I am happy with my performance, last month’s training in Finland is paying
off. Now I want to continue like this in view of JWOC in November. For Annarita this is
the first overall victory in W Elite. 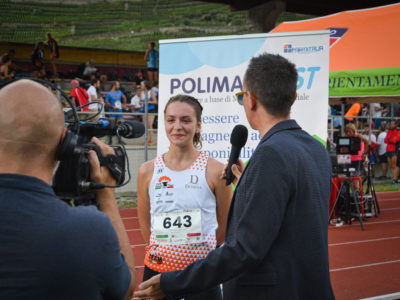 In the men Elite category another excellent placement for Sebastian Inderst, who finished
fifth.

In women, Celeste Nike Pretto won a new round of the Italian Cup in W14 thus extending
her advantage in the general results, while Giulia Dissette was second in W20.
Sebastian Inderst says: “I got off to a controlled start, while in the second part of the race I
still tried to push a little harder. Technically a stable race, with some hesitation but no
surprises since the focus for a few months has no longer been on sprints. 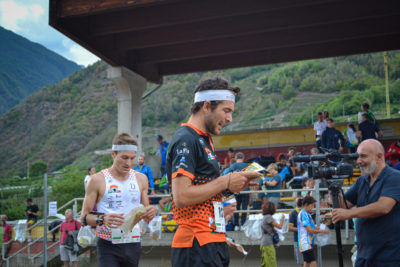 On Sunday 11th September we returned to compete in the woods, with the Italian Long
Distance Championships in Trivigno (SO). 2021 saw the triumph in this distance of
Sebastian, who this year, therefore, presented himself at the start as reigning champion in
the M Elite category.
On a splendid day and an optimal temperature, the Park World Tour Italia team managed to
archive two new Italian titles: the Junior Giulia Dissette (W20) and Celeste Nike Pretto
(W14) who took home the victory. Annarita Scalzotto is second in W20.
In the men’s Elite, Riccardo Scalet was unable to express himself at his level and finishes
second, while Sebastian Inderst is fourth.

Following are the declarations of the athletes:

Riccardo after the race declares: For me, it was a decidedly bad day in which I was unable
to interpret a good performance, neither physical nor technical.

Sebastian says: “I had prepared more scrupulously for this race. Unfortunately, I never
found a good feeling with the race map, and many times I had problems with reading in the
point area. On a positive note, however, were the choices and the physical form. After 4
weeks of heavy training I was still able to push well, and I feel that the body has reacted
well!

Giulia on her performance: Considering that towards the end of the summer I was unable
to train as I wanted, I had no particular expectations towards competitions. I had set myself
the goal of having a clean race and in retrospect, I am quite satisfied. In both races, I felt a
lot of lack of physical form, but now I am charged to resume at full capacity, and be ready
for the Italian championships at the end of September.

In the coming weeks, the team will focus on the upcoming Italian Middle and Relay
Championships which will be organized on 24-25 September in Pian del Gac (Trento) by
Orienteering Pergine.