For it’s 15th anniversary the Mediterranean Open Championship MOC was held in the sunny island of Malta. 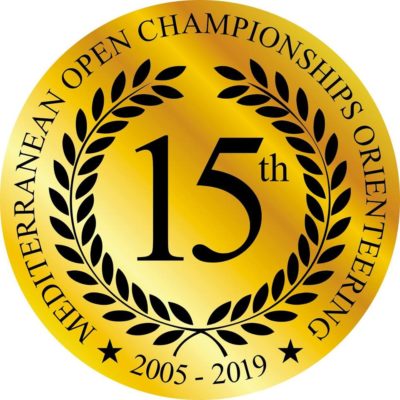 MOC celebrates it’s 15th Birthday this year and it keeps getting better! The brainchild of Gabriele Viale, the event is being held in welcoming Malta for 2019, an island not familiar to Orienteering.

The first race of the weekend was rather special and not part of the scoring part of MOC (which will be the accumulated times of the 2 races in the capital Valletta on Saturday and Sunday.) Buskett Gardens provided a unique challenge of tricky, technical orienteering and running. As one of the few woodlands on Malta, it contains broad-leaved deciduous woodland, native coniferous woodland with sclerophyllous garrigue and maquis shrubland, as well as groves of fruit trees. These covered the valley in a series of terraces, bounded by uncrossable walls which made for some very tricky route-choice finding. Some paths were narrow, some were steep. Looking at your map was essential, along with keeping a cool head and running carefully on the native rock.

The Women’s elite race was headed by Lizzie Ingham, wearing her native black of New Zealand out of respect for the sad recent events in Christchurch, New Zealand. She was over 90 seconds clear of Aleksandra Hornik POL in second place, who is currently ranked 20th in the World at Sprint Orienteering, and the highest World ranked women at Buskett currently. There was only 2 and 3 seconds to the 3rd and 4th places; Jenni Eriksson SWE and Anna Simkovics AUT.

In the Men’s elite race, World Ranked #25 Peter Hodkinson GBR took the victory by 51 seconds. He commented, “I was expecting a bit of a mental race and it was just what we got!” There was little chance to relax as the race was physically and mentally intense. There was thick native vegetation to fight through, narrow passages to find, slippery slopes and steps to negotiate, and dodging other competitors running in the other direction. Rarely did you have to run on the red line. Routes had you running wide left or right to get to the next control. Second placer and still a Junior was Aston Key from Australia, running with a cap on back to front! It was a race where nobody had a clean run and Aston lost time at many controls, but the key was keeping these time losses to a minimum. As soon as alarm bells started to ring, stop, look at the map, correct yourself. Planning ahead was also a great time-saver. Chris Smithard GBR took the bronze 2 minutes behind Aston in what many described as an unforgettable race. Results here: Buskett results 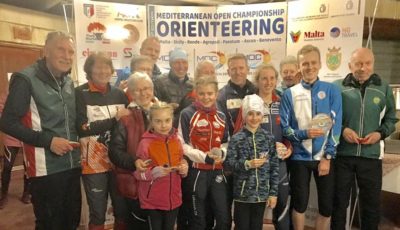 A warm sunny 17 degrees greeted competitors as they started to arrive at the Finish Arena, conveniently located next to an open-air bar! The area overlooked the start and afforded good views of the City and yachts on the water below. Plenty of space and shade for the 300 or so competitors.

For the longer courses, there were back to back maps, with competitors visiting the south-west section of the map. Shorter courses stayed on the main east side. The irregular street pattern with many steps and contours made route choice interesting. Some legs could be run on the flat if you were prepared to run the extra distance. Or was it quicker to take the steps up and down by going straighter? These were some of the many problems facing racers today.

Course Winners!
12 different nations were represented at the top of the podium. Sweden had the most winners with 6, then Great Britain with 4 wins. The Farenfield family single-handedly scooped up the 3 Latvian wins. The pair of Belgium medals went to the ASOM organisers and couple of Linda and Dirk.
The Veteran men from GBR were strong and it was close to being a clean sweep of M40-M70 with Dmitry Ushakov being pipped into second place by a mere 3 seconds by yesterday’s massive winner Simo on M40 and Ian Maxwell on M50 was only 81 seconds down in 3rd. 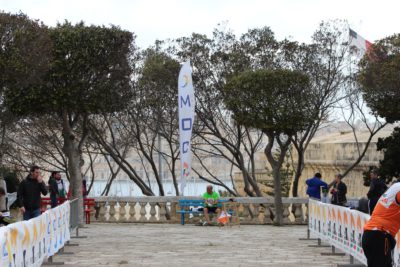 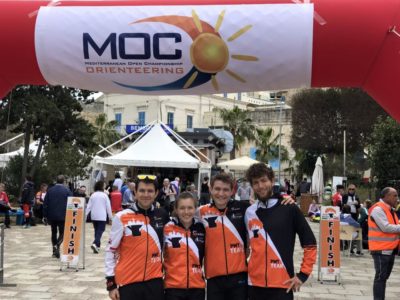 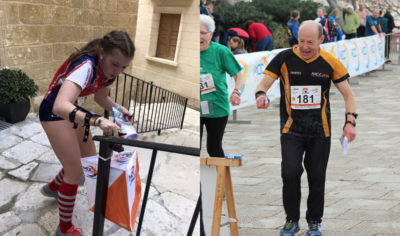 On Women’s Elite, Ann Dvoryanskaya RUS started well and led the first 4 controls. However, Natalia Gemperle RUS was never far behind and to the 5th control she was 6 seconds faster and took the lead. From here to the finish she gradually extended this to win by 41 seconds. Lizzie Ingham NZL took the bronze almost a minute behind Anna, showing us all that the Russian girls really were the stars of this testing Maltese terrain.

It was to be Riccardo Scalet ITA’s race as he owned it from start to finish. He was the fastest to the first control by one second and despite Yannick Michiels drawing level with him at the 4th control, he never looked back from there to the finish. By the time he reached the last control he was 23 seconds clear of Chris Smithard GBR in second. It would be a tie for third as the Belgium Bullet, Yannick Michiels – Fanpage and Peter Hodkinson GBR were 10 seconds behind Chris.
Overall however the victory and €750 prize-money would be Yannick’s as Riccardo had mispunched the previous day. Chris Smithard GBR was second overall and the ever strong Øystein Kvaal Østerbø NOR who was present in 2005 at the first MOC, picked up the €250 prize cheques for third.
Today’s race was a World Ranking Event. Yannick is currently ranked 3rd in the World for Sprint Orienteering. Riccardo is 36th, Oystein is 31st, Chris is 26th.
Of the Women, Natalia is 5th, Anna is 52nd and @Aleksandra Hornik POL who took third place Overall in the Women is 20th. 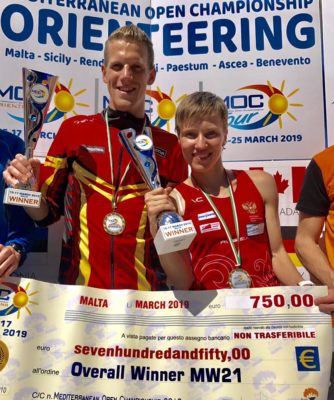 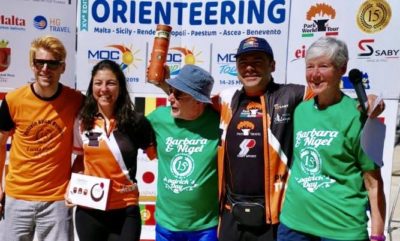 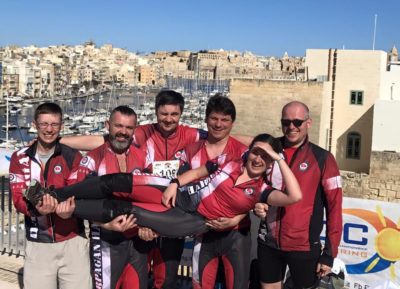 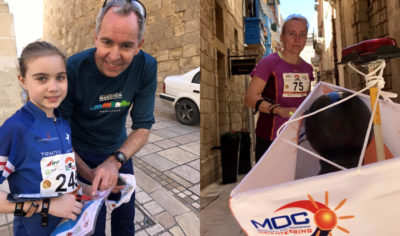 Races report by Nick Barrable.
A special thanks from the PWT Italy team to all the orienteers, volunteers, authorities, sponsor those who made this event unique. Follow the Sun!
More pictures from the event can be found on the PWT Italy Facebook page