On Women’s Elite, Ann Dvoryanskaya RUS started well and led the first 4 controls. However, Natalia Gemperle RUS was never far behind and to the 5th control she was 6 seconds faster and took the lead. From here to the finish she gradually extended this to win by 41 seconds. Lizzie InghamNZL took the bronze almost a minute behind Anna, showing us all that the Russian girls really were the stars of this testing Maltese terrain.

It was to be Riccardo Scalet ITA’s race as he owned it from start to finish. He was the fastest to the first control by one second and despite Yannick Michiels drawing level with him at the 4th control, he never looked back from there to the finish. By the time he reached the last control he was 23 seconds clear of Chris Smithard GBR in second. It would be a tie for third as the Belgium Bullet, Yannick Michiels – Fanpage and Peter HodkinsonGBR were 10 seconds behind Chris. 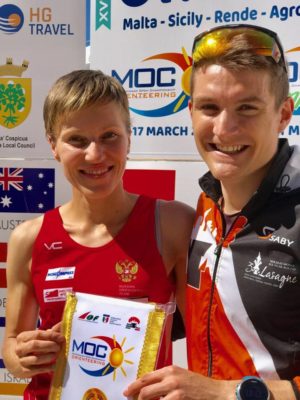 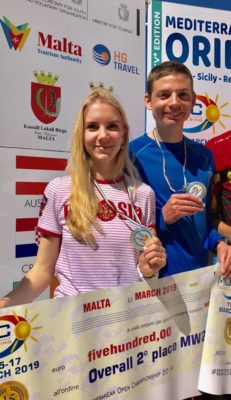 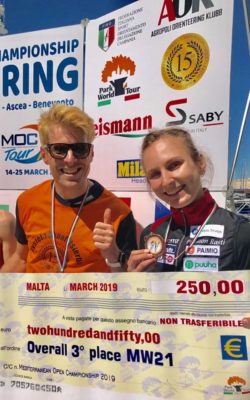 Overall however the victory and €750 prize-money would be Yannick’s as Riccardo had mispunched the previous day. Chris Smithard GBR was second overall and the ever strong Øystein Kvaal Østerbø NOR who was present in 2005 at the first MOC, picked up the €250 prize cheques for third.
Today’s race was a World Ranking Event. Yannick is currently ranked 3rd in the World for Sprint Orienteering. Riccardo is 36th, Oystein is 31st, Chris is 26th.
Of the Women, Natalia is 5th, Anna is 52nd and @Aleksandra Hornik POL who took third place Overall in the Women is 20th. 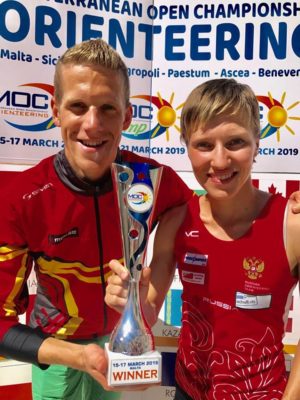