Sorry, this entry is only available in Italian.

As the season is approaching, it is time to start with some orienteering training camps. Sebastian was part of the small delegation of the Italian National Team going to Antalya from the 20th February to the 1st March. The historical region in the south of Turkey has several stunning terrains to offer!

After the first training day between the ancient Greek and Roman ruins in Selge, the next 3 days included 3 WRE races: two long distances and one middle in between. That suited well for our athlete and Sebastian was fighting among the top positions. 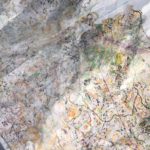 With 5 controls to go in the last competition, he took a route choice where he had to cross what should have been a small river. Due to the heavy rain in the previous days, it was transformed in a lake, and instead of turning back like the other runners, Sebastian tried to swim over it, forgetting that the map wasn’t completely water resistant. As you can imagine, it became a real challenge to find the last controls, but with much patience and the help of the control description, he managed to cross the finish line having punched all the controls…lesson learnt!

In the rest of the week the EON Crew organized 2 trainings per day, varying between control picking, compass, corridor, masstart, and even a black-O, which consisted in a training with a map with only the rocks and cliffs marked on it! Even the terrains were very different, from flat to steep, from sandy to stony, from great visibility to sticky bushy green areas, and everything in between.

It was quite a surprise to meet such a good organization by EON Orienteering, which provided the all-inclusive hotel, the well-prepared trainings and even the transportation. In this way the athletes could focus exclusively on training effectively and recovering well between the sessions!

Having such a great fun the time flied by and it was already time to get back home, with many good exercises in the legs, looking forward to the coming season.