Finally, even the international season has started for real with the first round of the World Cup, held in Helsinki, Finland. Once again, many athletes of our PWT Elite Team got the chance to put on the Italian national dress: the whole male PWT Elite Team, Riccardo and Tommaso Scalet, and Sebastian Inderst!

The whole team arrived at the official accommodation in Kisakallio on Thursday evening, and on Friday, running the Model Event, our runners got a first taste of what the competitions could be like: typical Finnish forest, with many small hills, several marshes, and generally a pretty though underground which requires a lot of energy to get through smoothly. 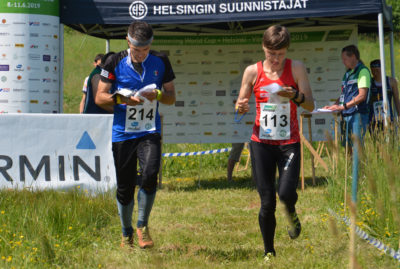 The opening competition was the middle distance. Our first starter Tommaso had some issues dealing with the emotions on his first participation at a World Cup competition and could therefore not express his true potential, but managed to get to the finish of this technical race. Later it was Sebastian’s turn, which had a better day. For one month ago he moved to Gothenburg, and the gained experience in the Nordic terrain already showed some results: he was able to get through the whole course only with some minor mistakes, becoming the best Italian of the day. Unfortunately our last starter, the youngest Scalet brother, Riccardo, had 2 big mistakes and was not able to finish his race. 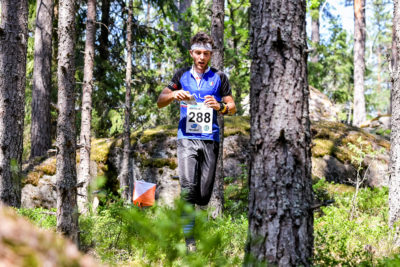 After a night of good sleep, it was already time to stand on the starting line again, this time for a long distance, with chasing start, based on the results of the previous day. It was an exciting race, with many runners starting close to each other. Our three athletes did all a decent race, performing well both on the long route choices and on the short and technical controls.

It was then time to shift the focus from the forest to an urban environment. After a rest day, the last race of this World Cup’s round was the sprint relay. Both Riccardo and Sebastian got the two male’s places in Italy’s first team, while Tommaso was running in a mixed team. On the first leg Italy’s team did not start well, changing over in 43rd position. Riccardo then did a great race, chasing the teams in front of him one by one, and managed so to climb several positions in the results. When he changed over to Sebastian it was in 38th position. On the same leg also Tommaso did a really good race, achieving the second best time among the Italians, only behind his brother. Sebastian on the 3rd leg did a stable performance, and gained 2 more positions, getting closer to some more teams in front. On the last leg the results did not change significantly, and the World Cup in Finland was so concluded.

Now it’s time for a few days of training in the forests surrounding Espoo with the national team, and in the coming weekend the world’s biggest relay, the Jukola relay, will take place, where about 20000 runners are expected to battle in the forest around Kangasala, near Tampere (Finland).